Mr. Kasdan is Founder and President of Convergence Capital Partners, LLC. He has more than seventeen years of investment banking, corporate law and corporate strategy experience. Since 1988, Mr. Kasdan has executed over 100 domestic and cross-border transactions totaling more than $10 billion in overall volume in a variety of industries. Prior to founding Convergence, Mr. Kasdan was Founder and President of Alexander B. Kasdan Company Limited, an investment bank focused on the middle market, an investment banker at Barrington Associates in Los Angeles, where he headed the restructuring group, Peter J. Solomon Company, Credit Suisse First Boston and Merrill Lynch.

Mr. Kasdan is active in community affairs and serves on the Board of ICAN Associates, a non-profit concerned with the prevention of child abuse. Mr. Kasdan is a frequent speaker on the subject of mergers and acquisitions, corporate finance and restructuring, including as organizer of the Conference at the Anderson School at UCLA on “Buying and Selling a Company in a Tough Economy – How to Optimize Price and Liquidity in a Buyer’s Market.” Mr. Kasdan has published articles on the subjects of mergers and acquisitions and corporate finance. 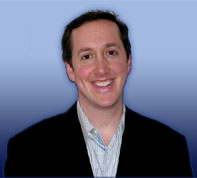 Howard LibersonMr. Liberson has a very broad background in law, finance, accounting, and entrepreneurial ventures. He began his legal career as a post-graduate law clerk to the Honorable James M. Ideman of the U.S. District Court for the Central District of California. As a law clerk, Mr. Liberson assisted the Judge in all civil trial aspects including review and analysis of pleadings, motions, and proposed orders, as well as conducting pre-trial settlement conferences and drafting court orders. Mr. Liberson subsequently worked with the law firms of Skadden, Arps, Slate, Meagher & Flom LLP and Morrison & Foerster LLP as a corporate attorney and litigator, respectively.

Most recently, Mr. Liberson was the CFO and a founder of American Discovery – the global leader of legal document review and research services. Before practicing law, Mr. Liberson worked as a Certified Public Accountant for an accounting firm in Chicago.

Mr. Liberson is a graduate of The Wharton School of Business, University of Pennsylvania (MBA with Honors); Loyola Law School, Los Angeles (Order of the Coif, Dean’s Scholar, Law Review Executive Board member); and UCLA (BA in Economics – Business, Honors graduate). He holds Series 7 and 63 licenses from the NASD, is a member of the State Bar of California and the Los Angeles County Bar Association, and was previously a member of the American Institute of Certified Public Accountants.

Jim Gunderson is owner and chief executive of Governance and Transactions LLC, an advisory firm he established in 2003 to assist boards, management and owners with governance and compliance issues, particularly in connection with strategic transactions and changes in industry. His clients tend to be leading companies in the oil and gas or high technology equipment industries, and have included companies listed on the major US and European exchanges, as well as private equity owned businesses. He is currently assisting oil industry companies to adapt their governance practices to significant changes in the compliance requirements associated with their international operations. Previous engagements have included assessing governance and recommending improvements at target companies in anticipation of “mergers of equals”, at European companies following ADR listings in the US, and at NYSE and NASDAQ listed companies following governance-related shareholder litigation.

Mr. Gunderson spent 18 years with Schlumberger Limited (www.slb.com), including nine years based in Paris and three years as Secretary and General Counsel. He was actively involved in Schlumberger’s expansion in international drilling in the mid-1980s and subsequent exit of that business in 1999, and Schlumberger’s exit of high technology manufacturing businesses in the late 1980s and 1990s followed by its entry into system integration in 2001. He played a leading role in the strategic planning, management integration, and changes in governance associated with many of those transactions. At Schlumberger Mr. Gunderson was instrumental in implementing best practices in listed company board governance, corporate social responsibility, and international legal compliance.

Mr. Gunderson subsequently served as General Counsel of Vetco International (www.vetco.com) before its sale to GE in early 2007. While there he focused on pre-IPO private company governance and foreign corrupt practices act compliance. Mr. Gunderson most recently served on the board of Aibel Group Limited (www.aibel.com) as Chair of the Compliance and Audit Committees. He briefly served as Chairman of the Board and Chair of the Nominating and Governance Committee at Aibel.

Prior to joining Schlumberger, Mr. Gunderson was an associate at Mudge Rose Guthrie Alexander & Ferdon in New York and a stagier at Nauta Van Haersolte in Amsterdam.

Mr. Gunderson is Chairman of the National Association of Corporate Directors’ New York Chapter (www.nacdny.org) and co-developed one of the NACD’s national governance courses. He is an honorary lecturer on corporate governance and strategic transactions at the Centre for Energy, Petroleum and Mineral Law and Policy at the University of Dundee, Scotland (www.dundee.ac.uk/cepmlp), and has been a Senior Advisor at Nestor Advisors, Ltd., a leading European corporate governance advisory firm (www.nestoradvisors.com). He has been a frequent speaker at national and international governance, law and business conferences, and a guest speaker at law and business schools in various parts of the world.

Mr. Gunderson has written extensively on corporate governance for Oil, Gas and Energy Law Intelligence (www.gasandoil.com/ogel), and other publications. He co-authored “Legislative Reform in Transition Economies” in Making Development Work: Legislative Reform for Institutional Transformation and Good Governance (Kluwer, 1999) and wrote “Multinationals as Non-State Actors in the Human Rights Arena” in Non-State Actors in the Human Rights Universe (Kumarian, 2006), “Board Practices at Dutch and French Companies in the US” in Euromoney’s 2004 International Corporate Governance Review, and “Derivative Instruments for Energy Industries” in European Community Energy Law (Graham & Trotman, 1994).

Lawrence was born in Austin, TX, and attended the University of Texas and Harvard Graduate School, receiving his MBA and matriculating into the doctoral program.

After graduate school, Lawrence went to Wall Street and was active in investment banking. He also served as CEO of his family business, a chain of retail stores

Lawrence moved to Los Angeles in 1990 and founded Lawrence Financial Group, a California investment banking firm. Since its founding, Lawrence Financial has provided approximately $7 billion in financing for several hundred California companies. Loans have been provided on accounts receivable, inventory, equipment and real estate. Other areas of specialization have been purchase order financing and raising funds on intellectual properties such as brands and trademarks.

Lawrence lives in Brentwood and has two children, a boy, 15, and a 29-year-old daughter